In July 2004 Harborcreek Township in a joint effort with Millcreek and Fairview Townships, began a mandated inspection program for compliance to Pennsylvania State Act 45, also known as the Uniform Construction Code (UCC).

In 2020, Summit Township, Greene Township, and Borough of Wesleville joined Harborcreek, Millcreek, and Fairview Townships in hiring Building Inspections Underwriters Inc. as the designated inspection agency for all residential and non- residential construction activities regulated by the act. 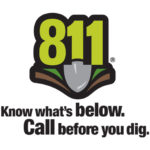 Codes & Standards Enforced under the UCC

The codes applicable to work for which a construction permit is sought on or after October 1, 2018, are the 2015 International Codes issued by the International Code Council (ICC),  and the provisions amended by the UCC Review & Advisory Council (RAC). Only these codes as first published and their errata are applicable in Pennsylvania.

Please note the following exceptions to the statement made above about the applicability of the 2015 ICC Codes:

In 1999, the Legislature established the act and directed the Department to promulgate regulations adopting certain building codes as the Uniform Construction Code (UCC). Since then, various codes issued by the ICC, including the International Building Code (IBC), have been adopted, in whole or in part, by reference into the UCC. Traditionally, the ICC has published fire and smoke protection features for elevator lobbies in Chapter 7 of the IBC. Every 3 years, the ICC publishes revisions to the ICC codes.

In Act 106 of 2008, the General Assembly established the RAC, whose members represent industry sectors that participate in the various aspects relating to building construction including building component design, construction, building code enforcement and local government representation. The RAC is charged to review the periodic changes to the revised ICC codes prior to adoption into the UCC.

On October 17, 2018, the UCC RAC voted to adopt     Section 3006 (relating to elevator lobbies and hoist way opening protection) of the IBC of 2015. As such, the    Department amended paragraph (a)(1) of Section 403.21 to add Section 3006 of the IBC of 2015. On November 3rd, the Pennsylvania Bulletin published an emergency certified regulation regarding smoke protection in elevator lobbies, and this regulation is temporarily effective as of that date. This regulation became permanent upon approval by the Independent Regulatory Review Commission on December 6, 2018.

Chapter 1 , Appendix E of the International Building Code of 2018 and any other accessibility requirements  contained in the 2018 I-codes referenced by the Uniform Construction Code were published in the Pennsylvania Bulletin and became effective on June 15, 2019.

Building Plan Reviews
Building Plan Reviews are conducted by Building Inspection Underwriters (BIU). In an effort to continue to move your project forward, Harborcreek township suggests to submit your building plans to BIU for review prior to submittal of zoning permit application submittal.